Things currently remain gloomy. Many aspects of the pandemic remain mysterious and much of its nature appear still quite out of control. The various vaccines out there do appear to be having some effect however and there are prospects of something approaching normality being possible at some time this year. If this doesn’t occur relatively soon then the psychological effects as well as the economic, medical and social alone will be our undoing.

Things may never be quite the same ever again of course. A background fear and trepidation in the foreseeable future is inevitable and not least because making the virus disappear completely is extremely unlikely. We will most probably have to live with it as a recurring risk that we take precautions against that do not intrude too far into our lives so that they are no longer worth living.

Slowly but surely we will approach a more livable existence where simple pleasures that we took for granted before become all the greater through their absence over all these past months.

Things will surely begin to look brighter. We have been through very dark times and to a large extent we are still persisting as best we can through them. But we humans are resilient creatures and when the opportunity arises we will take full advantage of it and begin to breathe out again, seek the sun and our fellow humans in a renewed spirit of thanks we made it through.

On the geopolitical scene there is even more hope to be had. Though the western empire continues to hold sway with all its belligerent aggression, threats, dirty tricks, plots and malicious plans against the nations now rising to eclipse them I see no way they can prevail.

China is already recovered from the virus and her economy is getting back into top gear with an increase of 3.5% in Gross Domestic Product over last year. All other economies worldwide very much including those of the West are in massive decline and show every sign of staying there for the short and perhaps even medium term. At any rate China WILL eclipse the economic output of the USA before too much longer, especially as hers is rising as its falls.

Russia has worked on finding new trading allies and markets, she has made many new friends while divorcing herself from abusive partners in the West. She will without a shadow of a doubt follow China into economic growth before too long.

China’s incredible 'Belt and Road’ initiative is going to enable faster and more reliable transport means from China into Europe by rail, road and sea than ever before. China is the manufacturing hub of the world and the source of huge funds available for investment across Asia, the Middle East, Africa and Europe. She will now begin to divest herself of the riskier investments within the USA as that nation is destined only to decline in real terms as in general its culture declines into ever deeper into political, economic and social chaos.

Russia will complete her 'NordStream 2' pipeline into Europe bypassing the local enemy elites in Ukraine. The influence of Russia can only grow from this low base caused by unwarranted sanctions both by the USA and EU. Eastern European nations in particular (besides Ukraine) will position themselves politically and economically closer to Russia as time goes on. The prospects even for Ukraine in this respect are somewhat inevitable with the passage of time. Sputnik V will also play its part in this general warming of attitudes towards the Russian Federation by proving the most accessible and most effective market available on the European market and especially convenient for transportation to eastern Europe.

With China and Russia then continuing to rise and the influence of the USA and UK (now out of the EU) fast waning we will see a far saner attitude to problems between nations begin to appear and have a calming effect where mutually beneficial trade and international cooperation and not warcraft and perpetual threats from the West become the order of the day.

There is, as you can see, much to look forward to after we leave these present dark days behind us. There is plenty to hope for and set our hearts upon. Support for the greater sanity that closer association with both China and Russia will bring are part and parcel of the great changes for the better on our immediate horizon.

We are going to survive the present crisis and move forward as a species and finally leave the kindergarten of petty threats and perpetual wars and move toward full adulthood at last gaining ground on the true civilization we know we are capable of on this planet. 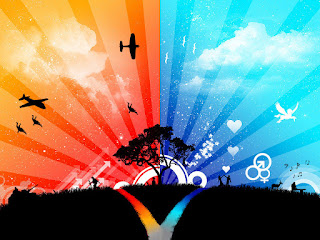 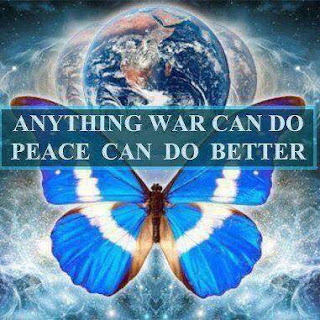